Withington Girls' School worked with six partner schools on a large-scale musical event held at Manchester Cathedral in December 2019. Our work shows increased levels of engagement and participation in musical activities as well as an increased sense of community among all partner school pupils. All schools shared the same vision and ethos of helping those less fortunate than themselves and do not see the partnership as a temporary venture. The partnership also included work with two long-term partner organisations, The Booth Centre a charity for homeless people in Manchester and the Wood Street Mission children's charity, to fundraise for their projects.

1. To increase engagement and musical appreciation in all pupils.

2. To increase awareness of the local issue of homelessness in our shared community.

3. To increase self-esteem and wellbeing by being involved in a wider community event.

4. To strengthen relationships between Withington Girls' School and our partner schools and organisations.

The Head of Music at Withington Girls' School identified the opportunity early in 2019 and the school began to contact local schools to see whether they would like to be involved in the project.

Venue, transport for pupils and parents from partner schools, printing of programmes and t-shirts were funded through a business sponsor, charitable giving and Withington Girls' School.

Intended outcomes were as follows:

Awareness of historic buildings and their role in Greater Manchester.

Harder to reach pupils were able to participate in a venue and at an event that they would not normally be able to access.

Please see the impact evaluation report and the Manchester Sings video below.

Ages ranged from 8-18, a mixture of girls and boys.

This was the first year of the event. It is hoped that the event will become an annual fixture and Manchester Cathedral has already been booked for Manchester Sings in November 2020. Our original partner schools will be invited to participate again with a different group of children. Due to capacity in the cathedral we can hopefully invite one or two more schools to participate. 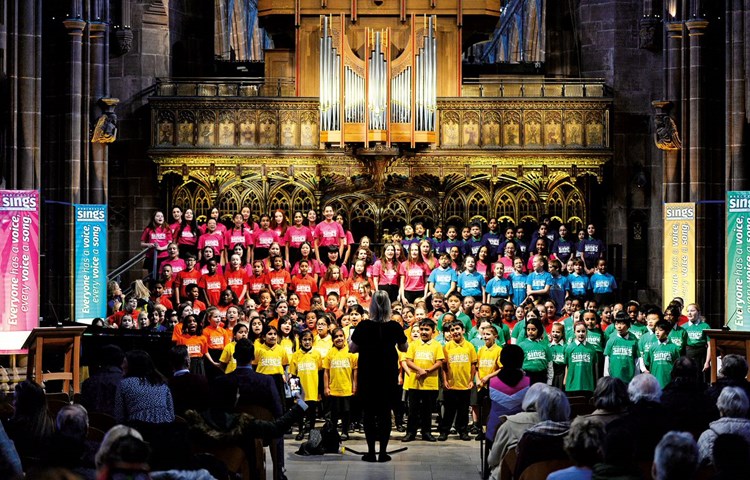 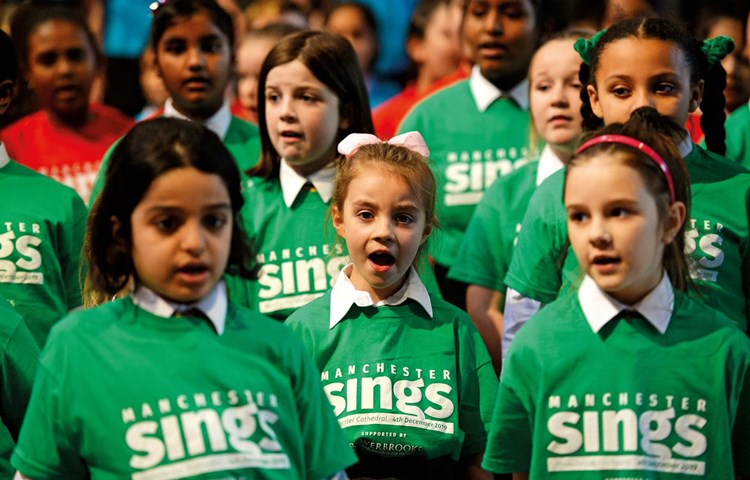 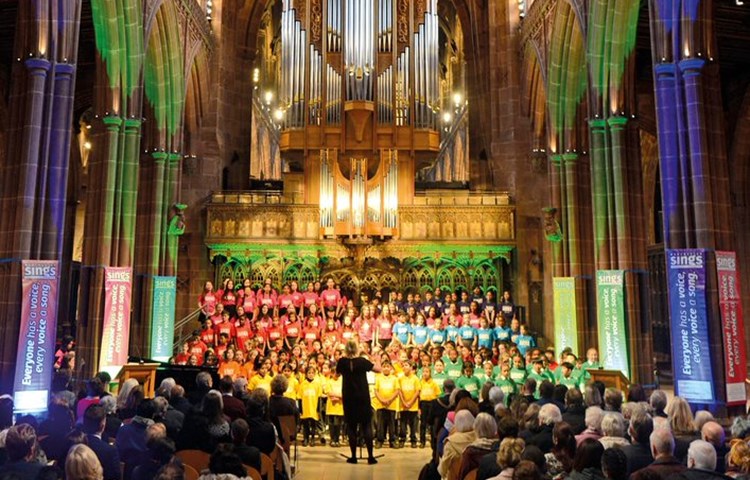 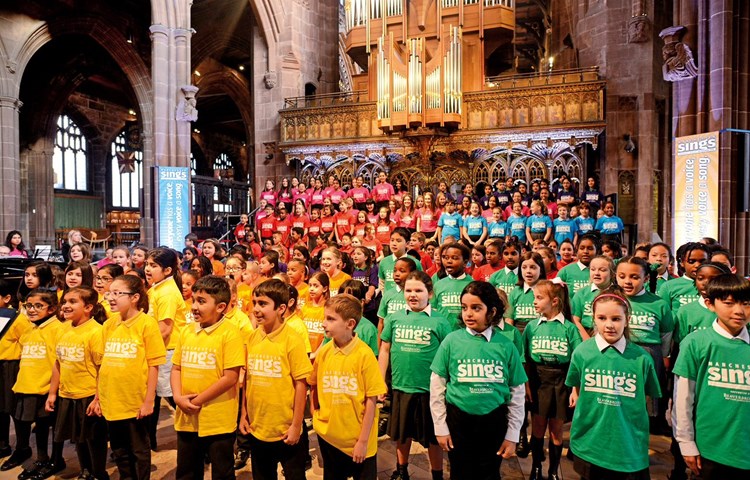 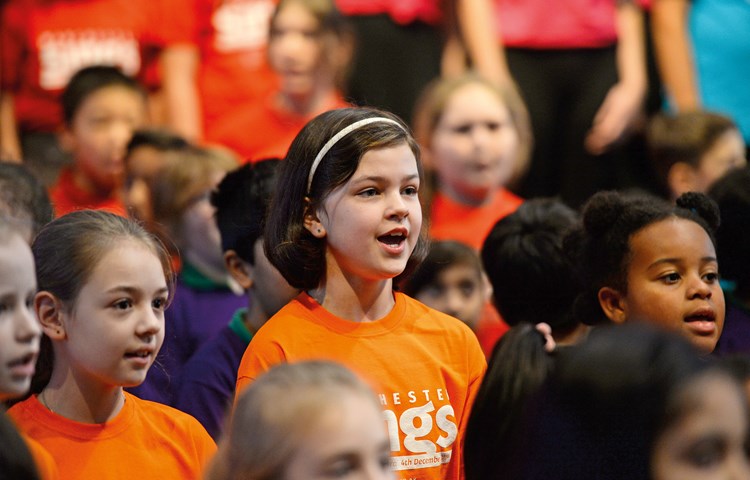 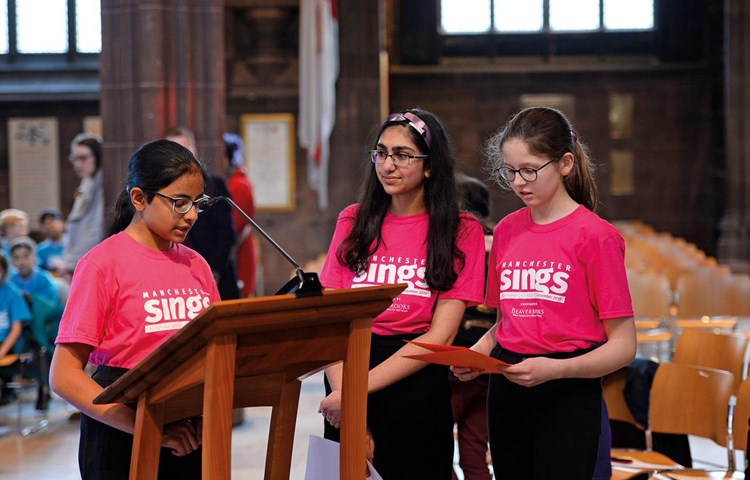 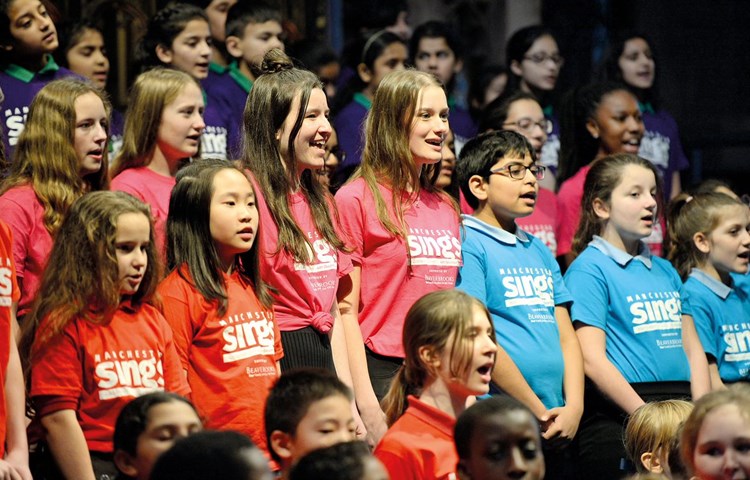 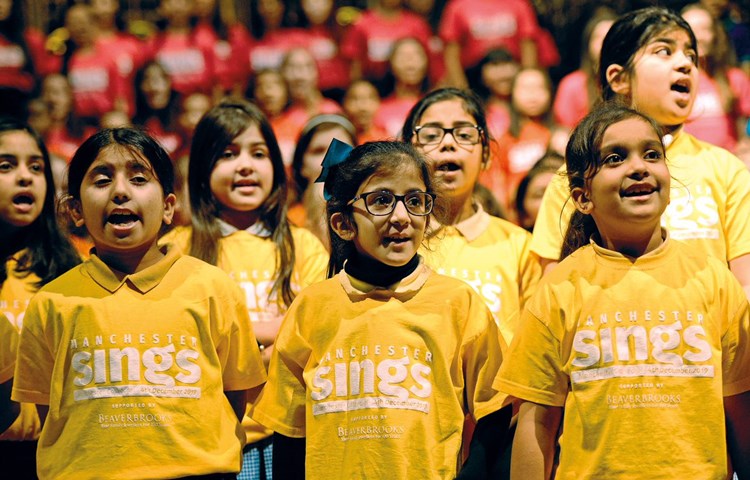