Every year, Withington hosts a Christmas concert and tea party for local senior citizens during December. Over 120 guests attended the event in December 2019. The guests enjoy a music concert, a catered tea party and each receive a gift at the end of the evening. All transport to the event, the food and gifts are organised and funded by Withington Girls' School. Funds are raised via various fundraising events in school. Food is donated and baked by members of the school community and served by the girls and staff. Gifts are also collected by the school community so that every member of the audience returns home with a gift.

In 2020 more than 200 senior citizens from the Manchester area are looking forward to an extra-special early Christmas present this year after musicians from Withington Girls’ School decided that despite current Covid restrictions, the show must go on.

Withington’s annual Christmas concert and tea party, traditionally hosted by pupils every December, is the highlight of seasonal festivities for many pensioners in the local community and news that this year’s event was to be cancelled due to the pandemic was received with deep disappointment. But, thanks to technology and a mammoth team effort, the school vowed that if their elderly neighbours couldn’t come into Withington, then they would take Withington to them.

So now, following Covid-secure and socially-distanced rehearsals that started in September and a filming session at the school in October, the concert is to go ahead remotely, with senior citizens being invited to enjoy what WGS Director of Music Mrs Gilly Sargent describes as a ‘virtual musical firework display’ in their own homes on Wednesday evening (9th December). Withington staff and local community volunteers will spread a generous sprinkling of Christmas cheer as they play Santa with the delivery of DVDs featuring a medley of popular Christmas songs performed by the School’s instrumentalists and choristers, with the lyrics displayed karaoke-style on-screen to encourage a sing-along. And to make up for the pensioners missing out on their much-anticipated tea party this year, they’ll also be surprising them with gift packs prepared by Withington pupils and comprising for each recipient a present, a mince pie and shortbread, a small sherry, a Christmas cracker and even a raffle ticket.

Local community groups in the South Manchester area have welcomed Withington’s initiative saying it has lifted the spirits of older members during these difficult times and for many, it has ‘made their Christmas’ to know that they have not been forgotten.

2. To deepen partnerships with these groups.

3. To provide an evening of entertainment, food and a gift to members of our surrounding community.

4. To raise social awareness in our pupils about the community in which they live.

5. To improve pupil self-esteem and well-being by being involved in a musical event.

6. To build self-esteem and leadership skills in pupils by being involved in the planning and execution of this large event.

The Christmas party has run at Withington Girls' School for over 15 years. Initially sponsored by another organisation, Withington Girls' School took over the entire event numerous years ago. The senior citizens that attend this event come from a variety of local community groups, church groups and other organisations. They also attend a further concert in the Summer term at our annual Citizenship Day.

This event is jointly organised by the Head of PSHCE and Head of Music. Approximately 20 other members of staff are involved in supervising, catering or playing in the orchestra for the event. A team of staff volunteers make the sandwiches for the tea party every year.

Staff and pupils run fundraisers in advance of the concert, including a sponsored dodgeball competition, “Bake Off” and a raffle. The funds raised are used to pay for transport for the guests to-and-from school, so that they do not have to pay for transport themselves.

The impact of the event is seen through many of the letters of thanks and emails received from the senior citizens that attend the concert.

The school also receives phone calls from September to enquire when the event is going to take place.  It is clearly a highlight of many people's Decembers.

The number of guests attending has increased year on year.

Pupils provide the entertainment for the evening, performing in both the school choir and orchestra.

Pupils are also responsible for the provision of food for the event. Entries to the “Bake Off” competition are served to guests at the tea party. Around 30 girls also volunteer every year to lay the tables and waitress during the evening. The entire school is involved in donating gifts of chocolates, biscuits and wine, so that all guests can go home with a Christmas present.

Run annually, towards the start of December. 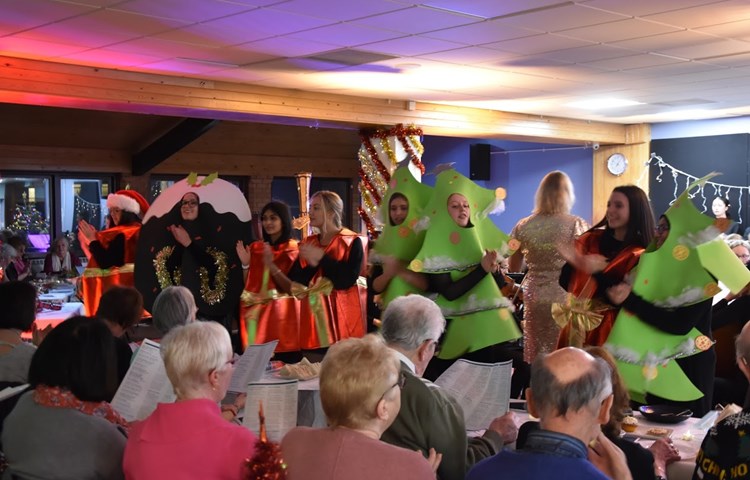 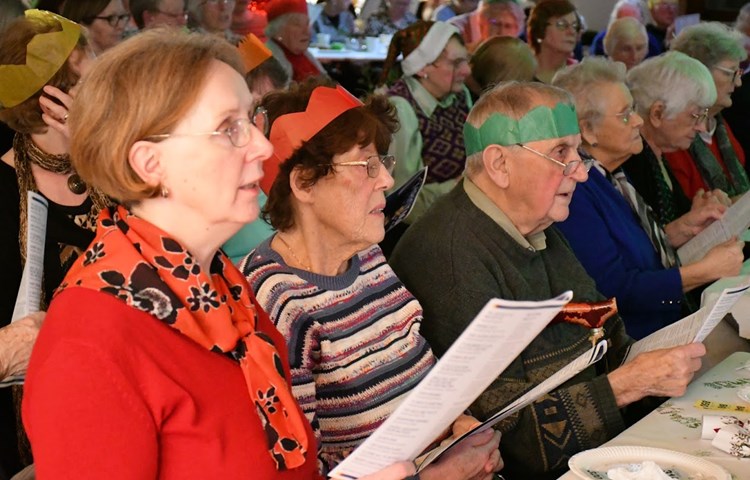 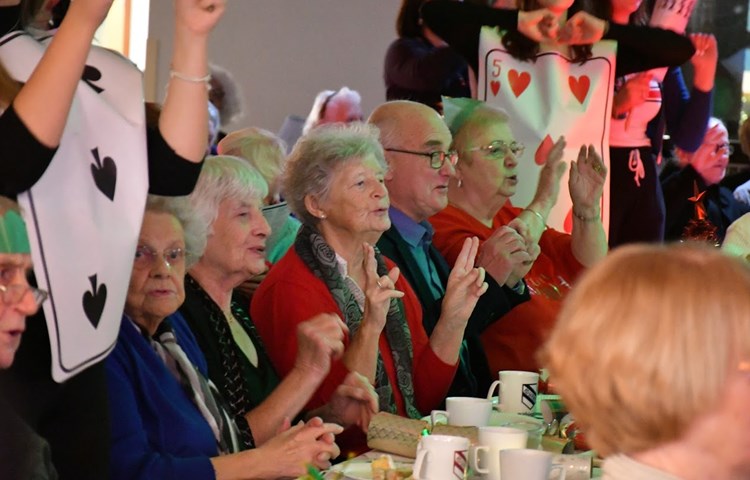 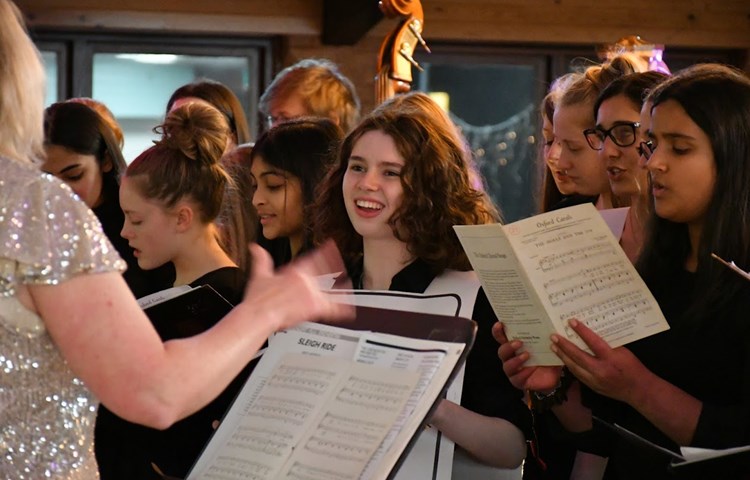 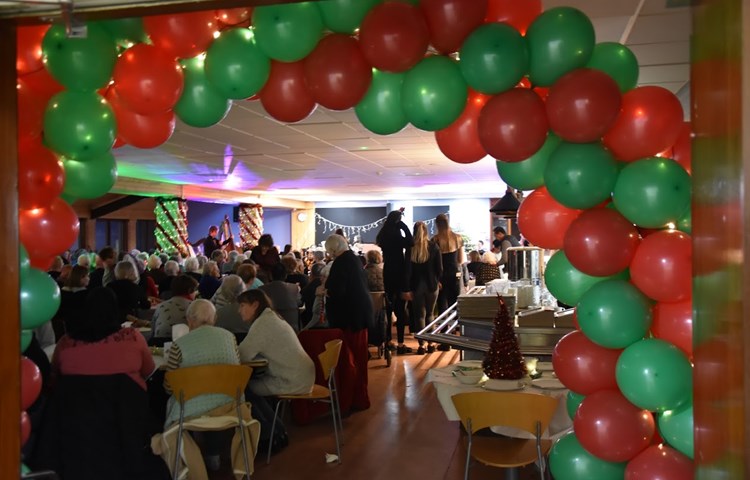 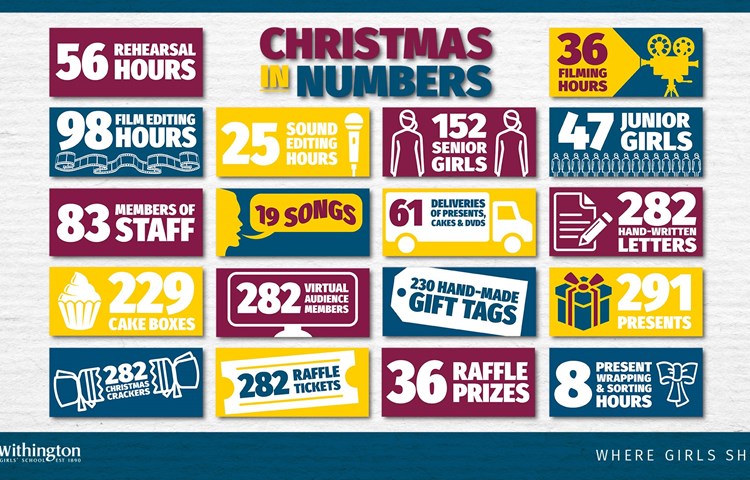 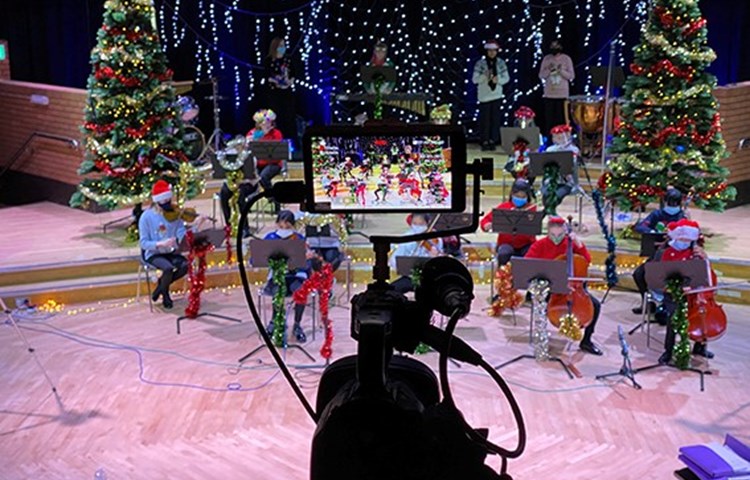 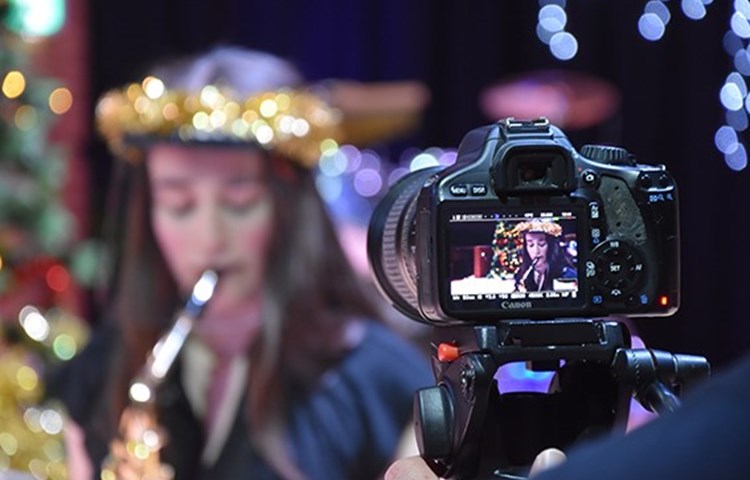