Pocklington School held the qualifying round for the ESSA Cross Country Cup.  In each race, there were 13 secondary schools from around Humberside competing for three places in the Regional Final.  Ten of the schools were state secondary schools:

There were two independent schools:

Pocklington School provided a venue,facilities and organised the running of the ESSA Cross Country Cup heat.

This required time to plan, mark out and prepare the course as well as organisation on the day, involving administration, timekeeping and marshalling and provision of first aid.

In total, 229 runners took part in the cross country heat from across Humberside and East Yorkshire, involving girls and boys from Year 7 up to Year 10

This is the first time Pocklington School has held this event.

This event required organisation prior to the event and was run entirely using Pocklington School staff, pupils and resources.

The ESSA secretary for the HUmberside region remarked: "Pocklington School did a great job staging the event, giving the athletes an interesting course, which was well marked and with plenty of marshalls around to make sure everyone went in the right direction.  The recorders and number distributor did a briliant job too."

Athletes finishing the course said althought it was a challenge, they had had lots of fun, but perhaps not the running through water part!

This is an annual event. 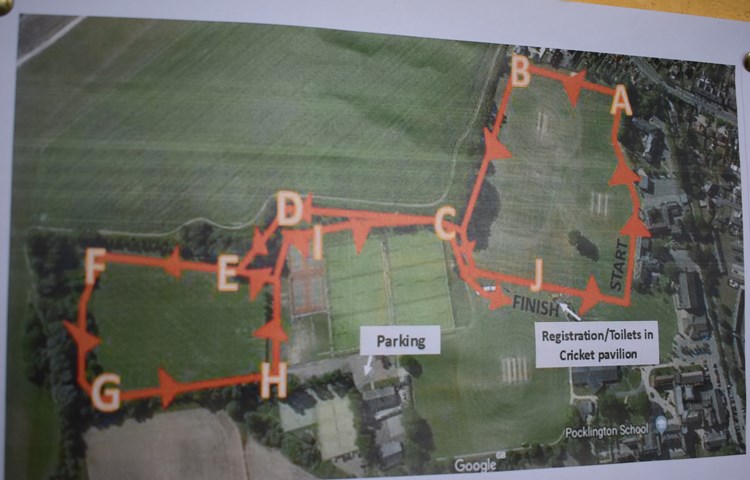