Reach Out does Wollaton Festival 2019

After three years of participating in Nottingham City Council’s Light Night, we were delighted when the council asked us to be involved in this year’s Wollaton Festival.

Working with 2 local primary schools and girls from our Juniors, we delivered workshops inspired by the honey bees’ hive. In particular, how the honey bee is an excellent mathematician in its tessellating precision.

We began by introducing children to three dimensional shapes and compared how the same shapes fitted well together. It was agreed that triangles, hexagons and cuboids offered the least amount of gaps, and therefore, good tessellations. The hexagon, however, was the best shape, leaving no gaps.

When comparing our hexagonal cuboids to the honey bees’ hive, children understood that bees were excellent mathematicians, always ensuring no wax is wasted, and high production levels of honey are achieved.

Not only is the design and construction of the hive important, but also the roles of the bees during their lifetime. Children learnt that the honey bee can be one of three categories: Queen, Drone or Worker. The majority of responsibility falls on the worker bee who fulfills multiple roles throughout its lifetime and ensures the hive remains safe, clean and full of honey. The worker bee always starts its life as a cleaner, moving onto other roles including undertaker, nurse, forager and guard. Interestingly, the worker bee is always female. The male honey bees are the Drones and their sole purpose is to mate with the queen.

We were amazed that children and staff had lots of honey bee facts, from waggle dancing to hearing how bees select and prepare their new Queen; and how bees negotiate with other hives in order to recuperate or survive.

Inspired by their learning, children were asked to produce Hive Artworks. These could include anything and anyone that they would like to be apart of their hive. Some children created bee inspired caricatures of their loved ones. There were family portraits, illustrations of hobbies and favourite objects, poems and patterns. In total, more than 400 Hive Artworks were on public display for the Wollaton festival finale event on Sunday 30th June 2019.

Throughout the day we welcome the same children to come and display their work, as well as new families to create their own hive artworks on the day. The walk-in Hive installation was a huge success and we would like to thank staff and children from Fernwood Primary School, Middleton Primary School and NGHS Junior School for a very enjoyable summer project.

Educate local school children of the Wollaton area on the roles of the honeybee during its lifetime.

Children to produce their own Hive artworks based on their learning.

Showcase all artworks as part of Wollaton festival finale.

Partner school children were part of a local community event with their artworks on display to the general public.

Children will have learnt of a honey bees’ lifetime as a worker, drone or Queen bee.

Workshops combined academic learning with creative making, enabling children of all abilities to participate, including SEN.

NGHS volunteers support workshops to NGHS Junior girls, as well as volunteering at the public event.

2 local primary schools made up of boys and girls from Year 3 to 6. 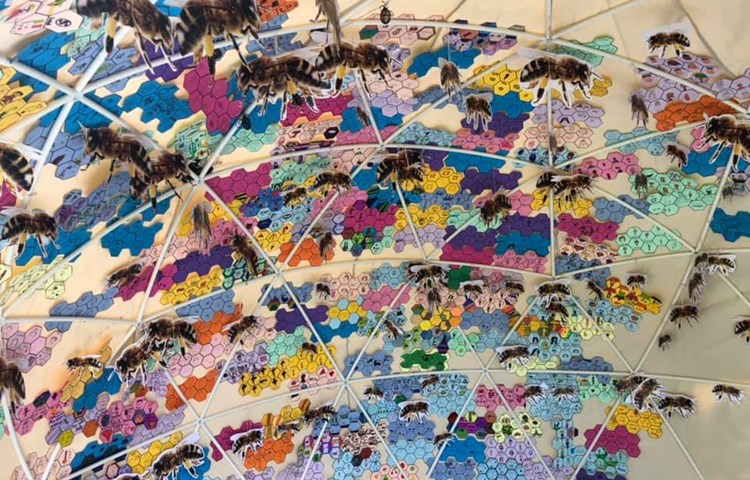 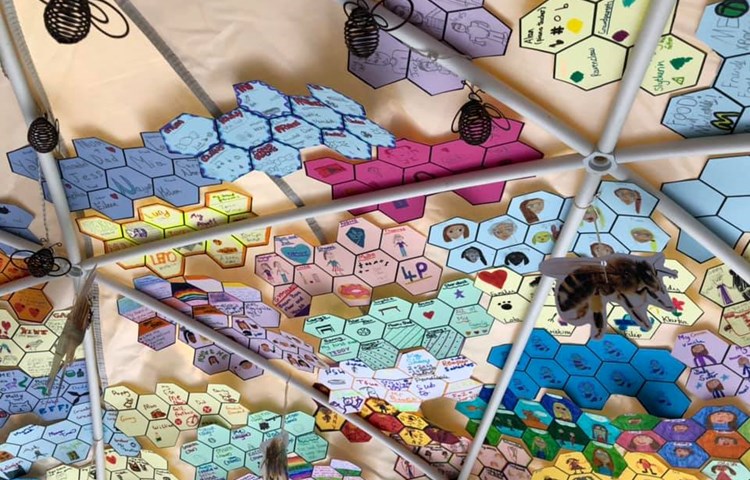