Reach Out does Maths Challenge 2016

A series of mathematical rounds and challenges including Fibonacci and the Golden Ration, Code Breaking, Probability and Shapes.

Maths Challenge 2016 aimed to entice children into Maths. Sessions were very hands on and incorporated alternative methods to probability and golden ratio which, to the delight of the children, included Smarties and pineapples.

Feedback from previous years has included a need for specialism in core subjects as resources are becoming more restricted for state schools. This was very apparent when invitations were sent for Maths Challenge - we reached capacity in a few days, which resulted in a second day a few weeks later.

Immediate beneficiaries include the attending children and staff. All resources are available on our Reach Out website.

Maths Challenge has been a success for 4 years. We update the content and delivery annually by introducing new resources and themes.

Fibonacci information sheets paired with practical resources including pineapples, pinecones and flowers. Our 3D shapes round included trigonometry cut-outs and cube models; codebreaking featured a murder mystery challenge where children had to decipher codes; Probability looked at coloured Smarties in different pack sizes – all of these rounds have been specially designed by Maths teacher and Outreach Coordinator Miss Taylor.

For our first event we had 3 maths specialists, with two for the second. In total there were 8 members of staff including teaching and support staff across both events.

Financial contribution was supported by HSBC and Big Lottery Awards For All.

Feedback informs Reach Out that Maths is an under-resourced core subject in primary education. Staff have requested more maths-dedicated support than ever before. Due to this year's popularity, we will be hosting two-dedicated events next year.

Maths Challenge engaged with 34 city and county schools; a total of 214 children in Years 4 & 5. 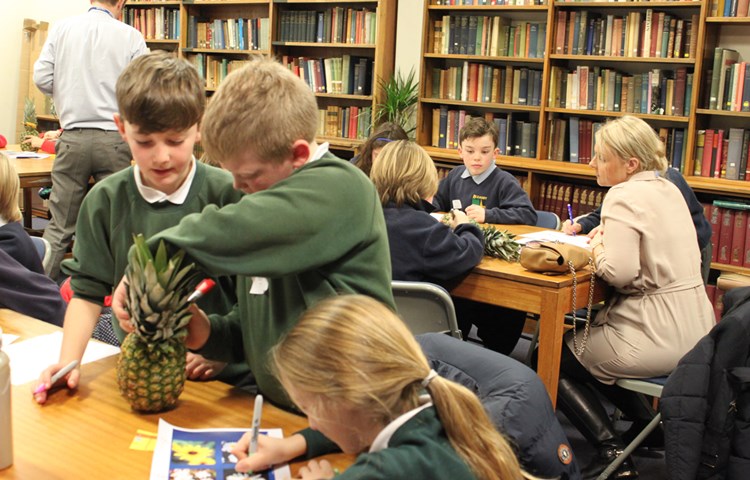