﻿ Reach Out does Science with Scotholme Primary School 2017 - Schools Together

Reach Out does Science with Scotholme Primary School 2017

Scotholme Primary’s ethos encourages its pupils to be Curious, to Collaborate, be Resilient, Disciplined and Imaginative. We welcomed pupils from Years 4, 5 and 6 along to Science lessons at NGHS over a series of weeks in May and June 2017. These lessons were designed to encourage roles of responsibility and leadership outside of Scotholme.

In Physics, children looked at forces and had to think about strength in shapes and construction. They were given limited time to work in pairs to build bridges out of paper straws and limited cello tape.

We saw lots of different bridges built from chunky-industrial type bridges, to modern and architecturally considered bridges. One pair managed to do very well, with their bridge withholding up to 10 grams in weight – the average being 4 grams.

In Chemistry, children looked at the impact of states of change, particularly when solids and liquids meet to form gases. The lesson was very exciting and all were thoroughly engaged; it was marvelous to see everyone in goggles and mesmerized by mentos and coke explosions.

Biology gave children the opportunity to discuss ideas with each other and our sixth form volunteers. They were attentive to factors contributing to extinction, particularly recent species that have seen dramatic decline due to poaching and climate change.

These lessons were an excellent insight into Science at secondary level and gave children lots of opportunity to step out of their comfort zone and adapt to new roles of responsibility. In particular, some children went back to school claiming they would pursue Science at career level.. amazing!

Science lessons would introduce boys and girls to NGHS Sixth Form Science Ambassadors as women in roles of responsibility and leadership, aiming to inspire and challenge perceptions.

Lessons were designed around mixed sex peer work in a Senior School laboratory.

In Physics, Sixth Form ambassadors designed and presented work on bridges, focusing on engineering and forces. Children had to construct and test their own engineering with paper bridges.

NGHS girls gave a practical lesson in states of change for chemistry. Partner school pupils wore lab coats and goggles for the first time and helped prepare for an exciting experiment with Mentos and cola.

Biology gave children the opportunity to look at types of animals from our Pet Club and discuss with older NGHS girls the effects and factors in extinction.

Carl Hollis, Scotholme Primary Deputy Head states: “I have had nothing but positive comments back from all staff and children concerning the science tasters that they have had over the last few weeks. The girls particularly have really been inspired and that was one of our main objectives.” 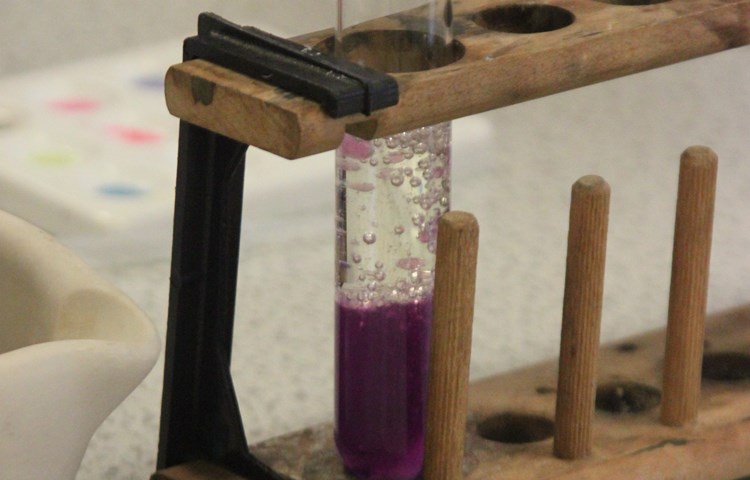