﻿ Reach out does STEM with extra Maths 2017 - Schools Together

Reach out does STEM with extra Maths 2017

Our visiting schools learnt lots about Fibonacci and The Golden Ratio by starting off the day looking at how number patterns appear in nature. We payed particular attention to petals on flowers and spirals in pine cones and pineapples.

Miss Taylor explained that number patterns in nature were not random. In fact, these numbers were part of the Fibonacci sequence. Our bright visitors worked together to complete the sequences starting from 1, 2, 3, 5, 8, 13, 21 and working into the thousands!

Miss Taylor then asked visiting children to divide a number in the sequence by the previous one. This revealed a reoccurring number…

Children discovered that The Golden Ratio helped calculate other numbers in the Fibonacci sequence and thus, was key to forming the Fibonacci spiral that was demonstrated in nature.

Working on squared paper, children practiced drawing small and large Fibonacci spirals, before comparing The Golden Ratio to the ratio of their team members’ faces.

From Fibonacci in Biology to Fibonacci in Engineering, children looked at some world famous buildings and structures that followed the mathematical laws of The Golden Ratio. In a design challenge, children had to come up with their own Fibonacci inspired building, working with the same numbers and demonstrating Fibonacci spirals. We were thoroughly impressed with the great range of designs, including a leisure center with water slide, skyscrapers and Batman inspired mansions.

After a day dedicated to Fibonacci and The Golden Ratio, we returned to an eclectic mix of Maths for our final round: the Big Quiz.

Our 2017-18 programme focuses on STEM subjects with the addition of extra subject specialism.

STEM with extra Maths combines fibonaaci and The Golden Ratio in flowers for science and architectural design for engineering.

Children analysed the number patterns in nature before moving on to designing their own fibonacci building.

Our feedback has been positive with 100% stating attending staff gained knowledge to take back to school, and children gained or improved understanding of a complicated concept.

Maths is always a popular subject and previous challenges based on fibonacci and The Golden Ratio have been well received. We dedicated our first STEM with extra Maths to further study into these areas.

Our resources were designed by Maths teacher and outreach coordinator Miss Taylor.

All are available free of charge on our Reach Out website.

Three schools have provided feedback on what the children have benefitted, including: "Improved knowledge and understanding"; "They were really challenged as a group" and "Development of teamwork skills.".

2 thirds of schools strongly agree, whilst 1 third agrees that attending children are 'inspired to achieve and the provision works to raise attainment'. 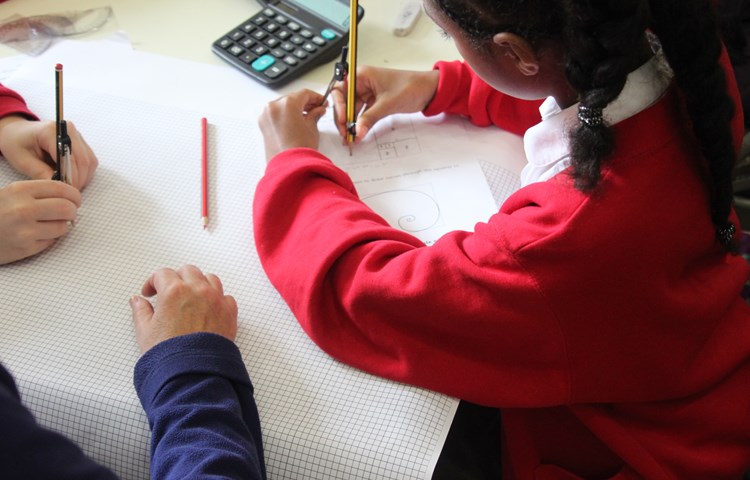