All classes (Reception to Year 6, 206 children in total) at Gilded Hollins School, Leigh received an Introduction to Mandarin Chinese from Bolton School Junior Boys' teacher Mr Colin Hough. The lessons were part of a Chinese Cultural week where the children also learned Chinese dancing and cookery.

Introduce the children to the Chinese language, including tones, greetings and counting.

Create an understanding of the Chinese culture and language.

Bolton School Junior Boys' School is a Confucius Classroom, and one of the aims of this is to establish outreach links.

Initial contact was made between Mr Britton (Bolton School Boys' Division Headmaster) and the head of Gilded Hollins School, who is the parent of a pupil in the Boys' Division.

Mr Hough used AV resources in all the classrooms. He copied Hanzi grid worksheets and handouts of key points before going to the school.

The aim was to create an awareness of the mandarin language as part of a Chinese Cultural Week, which was achieved.

Children were still greeting teachers in Mandarin a week later!

All pupils at Gilded Hollins School were involved: Reception to Year 6, a total of 206 pupils.

This was a one-off event with an offer of doing it again at any time. 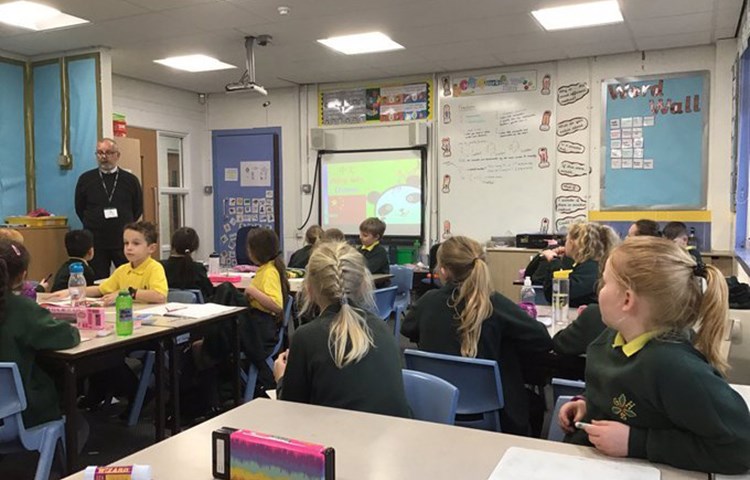