Bolton School hosted a day of science for local primary and secondary school pupils, giving them access to a travelling planetarium and a fascinating Science Show from Sam Gregson.

The talk from Sam Gregson told the story of science right up to the discoveries at the Large Hadron Collider and was for secondary school pupils.

The inflatible Planetarium was set up in the Girls' Division Great Hall, while the Theatre was used for Sam Gregson's presentation. These two areas were used throughout the day.

Members of staff organised the event: inviting external pupils and chaperoning them to the correct location on the day. 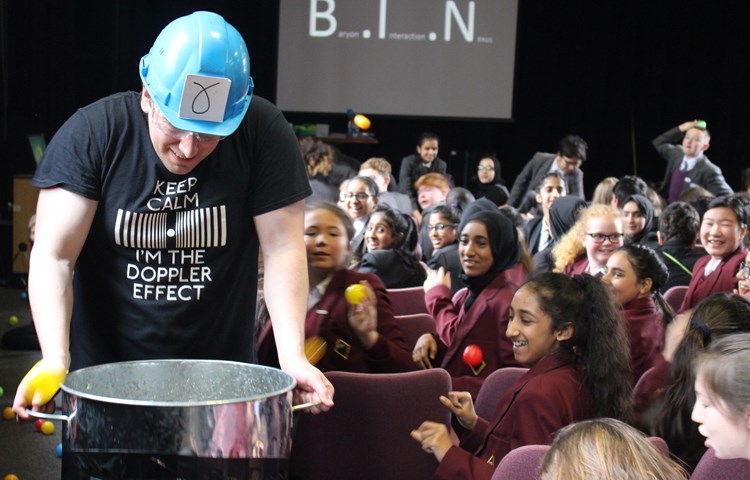