A two-day event was held at the college to host mock subject-specific Oxbridge interviews for local and partnership school students.  As well as an individual interview the students also received an interview skills workshop in small groups with the London Role Play Company.

Interviews were given to 155 students from 14 schools visiting Eton, applying for 40 different degree courses at either Oxford or Cambridge. There were 40 Eton Teachers and 10 guest interviewers, as well as two actors running the 12 interview skills workshops.

The aim of the event was to recreate the environment and experience of an interview at Oxford or Cambridge for local and partnership school students.

It was hoped that taking the students out of their comfort zone in this productive way would improve their chances when attending their official interview.

This was the second year of running the Mock Interviews. In 2018 interview were given to 80 students.

The knowledge and skills of the 40 Eton teachers and 10 external interviewers was key to the success of the project and the Partnerships Administrator’s time scheduling and coordinating the logistics of the event.
All the interviews and workshops were hosted in the College and food and refreshments were provided in a breakout area for students.

Oxbridge offers were made to 40% of the students who received interviews. Of the 12 schools who attended 9 received at least one offer.

Students’ fed back that the experience helped build their confidence and feel more prepared for their Oxbridge interview.

During the two evenings of interviews 4 sixth form Etonians helped by giving direction from the main break out room to parts of the school where interviews were being held.

This is an annual event held in November. 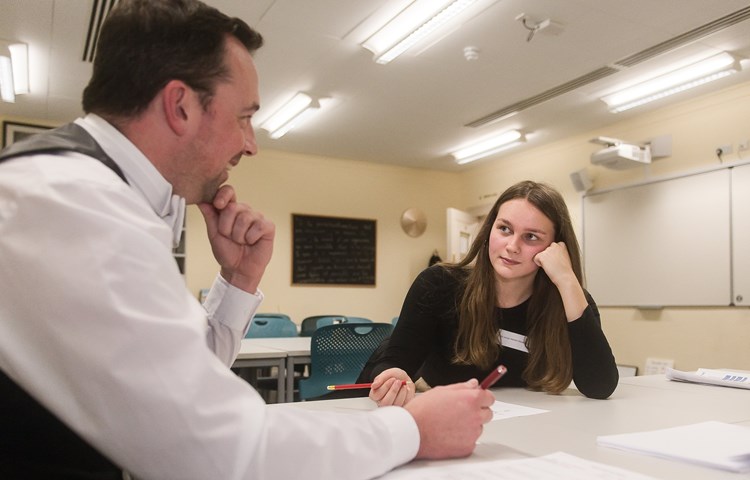