In November, LEH hosted a mini MUN conference for the Hampton Independent State Schools Partnership. Approximately fifty students from six partnership schools in the area were invited to an afternoon conference, where they had their first experience of MUN, alongside some LEH beginners. Chaired by the sixth form  Secretariat, students were encouraged to take on roles as diplomats. Across the afternoon, they were taught how to participate in a simulated session of different governments coming together for intellectual debate and discussion of international issues.

Students were split into two committees, where they debated two important world matters: ‘Health’ and ‘Capital Punishment’. In these committees, students represented a country in pairs. Each student was partnered with a student from a different school, making it a fantastic occasion for students to meet someone new and learn to work as a part of an effective team. Together, delegates researched their country, debated, deliberated, consulted, and then developed solutions to these world problems. It was wonderful to see students, new to the world of MUN, seizing the opportunity to gain research skills, develop their social skills as effective lobbyists and present their ideas in a demanding debating forum. 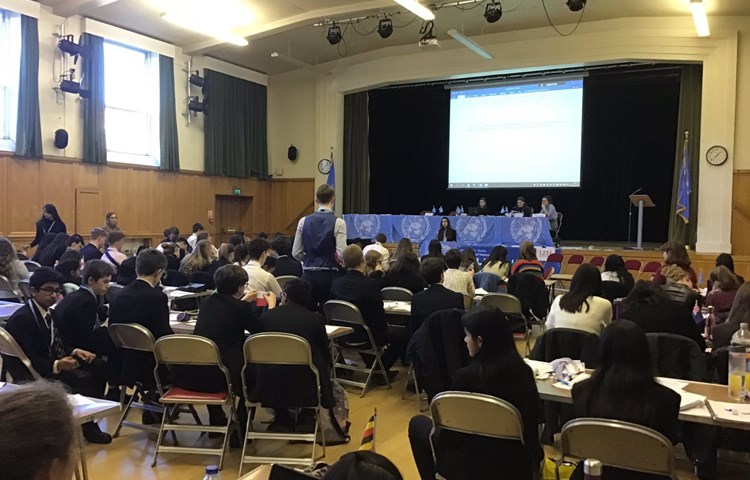