During the run of our recent school play ‘Boudica’, members of the cast visited Bedfont Primary School. The cast performed extracts from the play in full costume including fight scences.  They were able to bring the study of the Romans to life for the Year 4 pupils.

"We were delighted that LEH was willing and able to showcase some of the wonderful acting abilities and ornate, authentic costumes from the Royal Shakespeare Company further to their recent production of Boudica, to our pupils on December 4th. A number of the cast were brought to Bedfont Primary School in north Feltham, to be subjected to a 'gruelling' Question and Answer session 'in character', by ninety, eager and excited year 4 pupils, before re-enacting several fight scenes that had been expertly choreographed as part of casts' rehearsals. Particular mention must go to the actor playing the character of the Roman General, who displayed true leadership and ferocity in the fight scenes and the Roman Procurator who was suitably aloof to such barbaric activities of the Iceni Tribe! It is fair to say that it is unlikely that our pupils would get such an opportunity to see, touch and experience the quality of the costumes and acting, without this collaborative exercise between the two schools.  This immersion, triggered imagination and enthusiasm in their creative writing and History topic subject on 'The Romans in Britain', resulting in far greater descriptive, empathetic work and assisting the pupils to broaden their horizons and historical perspective. It was a true highlight of our Autumn term and a wonderful way to end 2018 and we hope to investigate further ways we can enhance our pupils learning with the kind assistance of the pupils and staff of LEH in 2019!" 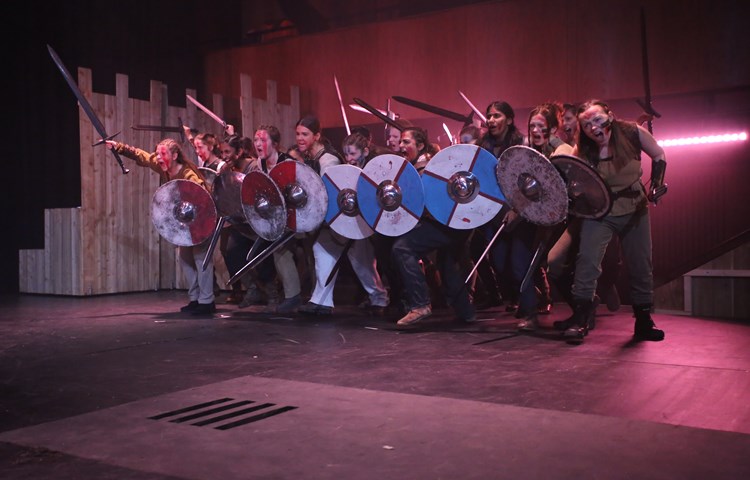