Reach Out does Light Night 2019

2019's Light Night theme was the 50th anniversary of the Apollo space programme and the first man on the moon. Taking inspiration from women in NASA during the Space Race, we focused our Reach Out workshops on three African American mathematicians – Catherine Johnson, Mary Jackson and Dorothy Vaughan – most famously portrayed in the 2016 film, Hidden Figures.

Children were introduced to Johnson, Jackson and Vaughan in relation to their education, skills and how they overcame segregation in the workplace. Each mathematician’s curiosity, determination and inventiveness became the basis for the decoration of participating children’s ‘Dream Rockets’, where they listed their own curiosities and hopes for the future. Each rocket would later be launched at Light Night on Friday 8th February as part of a large interschool installation.

Light Night was electric – the streets were a carnival of illuminations and sound, with families, young people and adults alike enjoying the many attractions and events taking place around the city.

The NGHS marquee was located on Long Row just off the Market Square, giving us a prime location to welcome hundreds of children and families to participate.  A total of 1,200 rockets were launched on Long Row, creating a colourful array of dreams and hopes for the future.

To engage in the wider Nottingham community as part of Nottingham City Council’s annual Light Night. This year’s theme was to celebrate the Apollo centenary.

Give partner schools opportunity to create work for that culminated in a large-scale installation.

Partner schools and children were part of a wider community initiative established through Nottingham City Council. This year’s project celebrated 100 years since Apollo with a focus on the extraordinary Black Women of NASA during this time.

Children learnt about the 3 core women celebrated and recognised from the blockbuster film, Hidden Figures, and created their own rocket lanterns inspired by them.

The workshops combined academic learning with creative making, enabling children of all abilities to participate, including SEN.

NGHS volunteers collect materials for the rockets, including cleaning and counting more than 1,000 bottles. Volunteers were also heavily involved in NGHS workshops and on the night, talking to the public and the constructing of the installation.

In total 1,200 rockets were launched on the night. 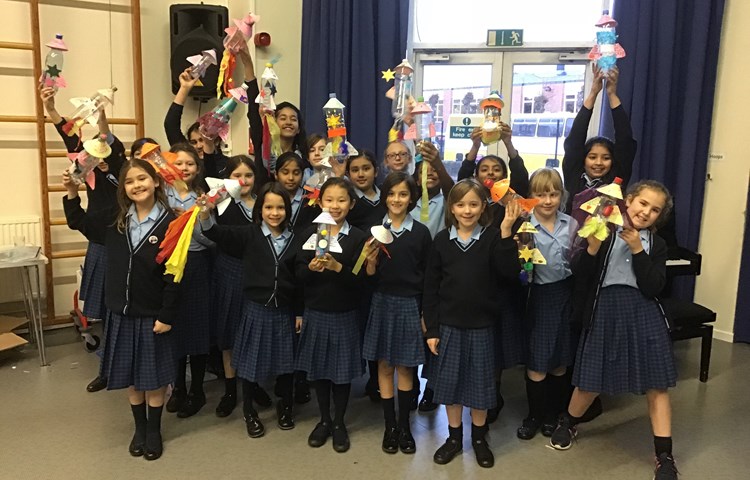 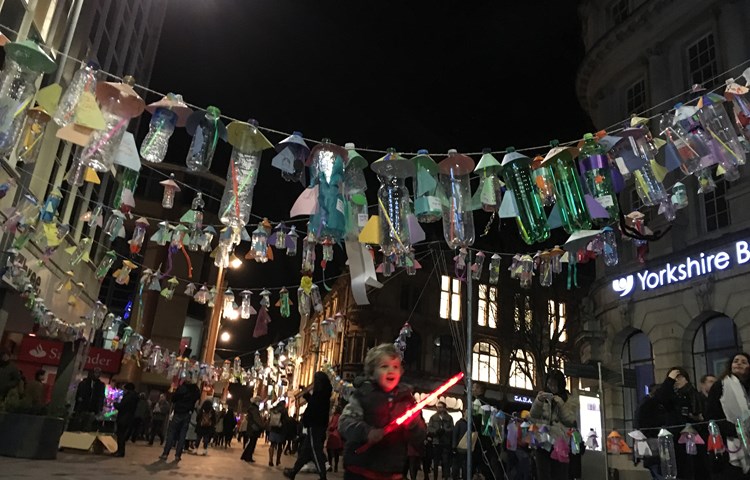