The Bolton Children's Fiction Award is a book award run by Bolton School and decided by young readers. Pupils from schools across the local area take part in the Award and over 700 children normally attend the Award Ceremony to find out who has won the Award each year.

After Bolton School's library staff select the shortlist, adults have no say in the voting and everything is in the hands of the readers. Pupils read the six shortlisted books, and those who have read more than three are eligible to vote for their favourite.

The Award involves a Launch ceremony in October and a Award Ceremony in July, both of which are attended by pupils. Many of the shortlisted authors make it to the Award Ceremony and hold workshops and talks for the attendees.

Some comments from teachers and pupils who attended the 2018 Bolton Children's Fiction Award Ceremony and day of workshops:

Woodhey:
"It was a most enjoyable day for both staff and pupils, even I feel inspired to write a book! We're also keen to get involved next year."

St Wilfreds:
"What a wonderful day last Wednesday was – you did a fabulous job!"

Markland Hill:
"I think you did an absolutely wonderful job of organising such a major event for so many children to take part in. The children and I thoroughly enjoyed ourselves and had a fantastic day from start to finish. I thought it was superbly organised; the staff were all wonderful and the pupils were a credit to the school. ... The authors and books chosen for the awards were perfect for the year groups invited and our children have thoroughly enjoyed reading them and tweeting the authors ... I have absolutely no doubt that this event has inspired all of the children to read and seek out books by the authors from the event."

Pupil comment:
"Brilliant! One of those days you never want to end but slip by like sand through your fingertips."

More than 300 pupils from local primary and secondary schools are involved in reading, voting and attending the award ceremony and award ceremony workshops.

The whole of Years 5 and 7 at Bolton School (girls and boys) are encouraged to take part and attend the day of the award ceremony.

Bolton School pupils in the Sixth Form and Years 8 and 9 are also involved in stewarding and assisting the librarians on the day.

The Bolton Children's Fiction Award has been running for over a decade. Bolton School's librarians took over the running of the Award in 2014 and have been choosing the shortlist and arranging events ever since. 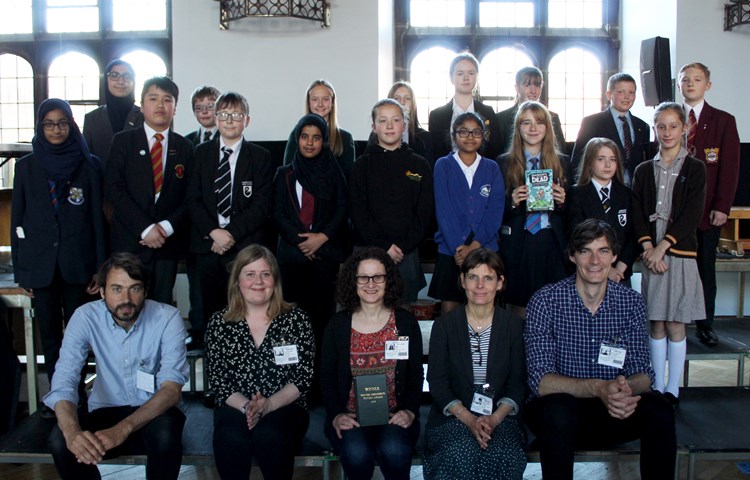